A few decades ago, on the streets of St Kilda, a young man popped up with an alternative to what was being offered to those seeking solace from the ‘dark side’. That young man was Peter Cullen, and the alternative he offered – to addiction of any kind – was playing community sport.

Thirty years later, Reclink Australia offers evidence-based programs to people experiencing disadvantage, and its reach has spread from urban Melbourne to all parts of the continent, in both major cities and outback communities, as well as regional areas. fostering socially inclusive, life-changing opportunities to people who would otherwise have little or no access to either.

The Power of a Football is a collection of the stories about these people, these communities, and the army of volunteers and generous supporters who have made Reclink’s work possible. 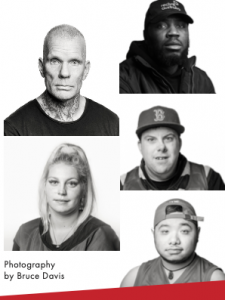 Authors of some of the stories in The Power of a Football include Martin Flanagan, Tim Rogers and Adam Yee, along with moving vignettes by, or about participants in the program, stories from the front line, and stories from behind the scenes.

The Power of a Football is published as Reclink passes its 30-year anniversary.

70% of profits from the sale of the book go direct to Reclink Australia.

TO BE PUBLISHED NOVEMBER 2022